Enhancing and Reconnecting Biological Research in the Post-Pandemic Era

Meeting Summary
The 13th Biennial meeting of CBIS was held in the Cosmopolitan Hotel in Las Vegas, from December 19th to 22nd, 2022. The meeting was a collaboration between CBIS and Westlake University (in Hangzhou, China) which hosted a concurrent meeting in Hangzhou via online connections with Las Vegas. Two keynote speeches and eight society lectures were delivered from either meeting site to all audiences. This is the first time that CBIS holds its meeting across the pacific ocean simultaneously at two locations.

At the Las Vegas meeting site, there were about 150 people, mostly from the US, attended the meeting. In addition to the two keynote speeches and eight society lectures, audiences also attended three more society lectures; sixteen breakout sessions; and two evening sessions, one about legal issues facing Chinese American Scientists, one about biotech industry, and one about scientific publication. Two Ray Wu awards, two Young Investigators awards, and one Teaching award were given to five CBIS members. A new eleven-member CBIS board was elected through votes of the meeting participants. Yingzi Yang from Harvard Dental School was elected as CBIS president, and Lee Zou from MGH and Harvard Medical School was elected as Vice-President.

More meeting details can be found from the above links on this website. 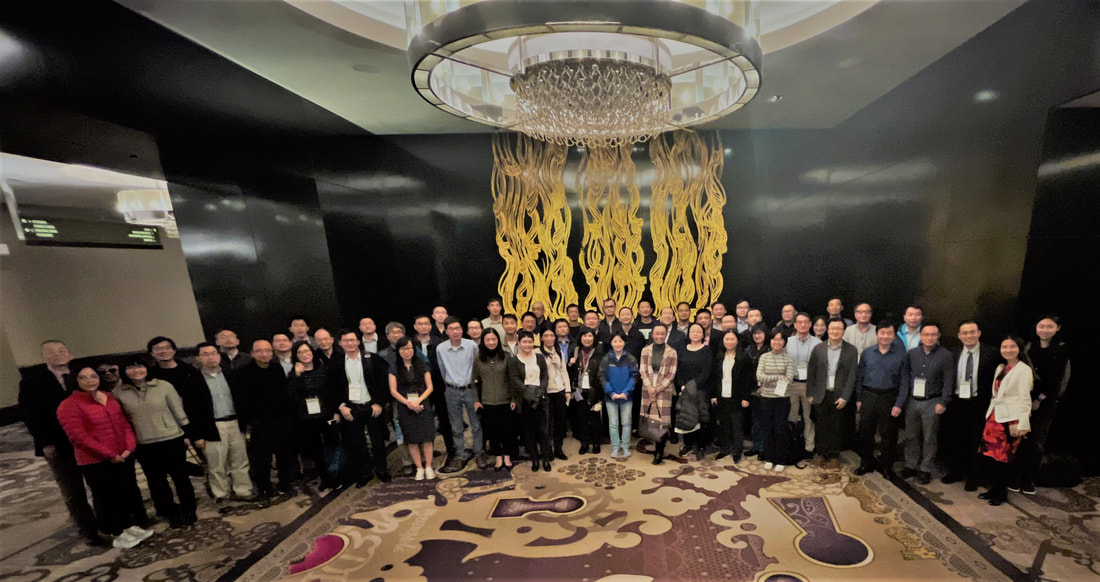